The Federal Competition and Consumer Protection Commission (FCCPC) said when they raided the loan sharks penultimate week, workers at the sites nearly lynched them, prompting them to call the police to protect himself.

The FCCPC said it had obtained a court order to halt the operations of lending apps in Nigeria and would now introduce a proper regulatory framework for the platforms. 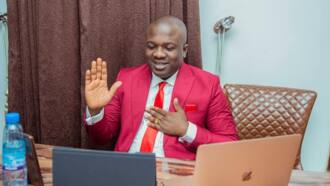 The FCCPC helmsman said the body plans to police lending platforms in the country due to its recent findings.

Irukera said that during the raid on loan applications, it was found that most of those working with them were unemployed Nigerian graduates who saw them as intruders wanting to take their jobs away.

He said the situation was more serious than previously thought and that the workers accused them of trying to take away the jobs given to them by the Chinese.

“During the raid we carried out on Opebi Street in Lagos, we discovered that it was much more serious than we thought. The room was very large, each person has a computer with a telephone to contact defaulting debtors. Along the way, we took 119 laptops, eight cell phones, a desk phone and a hard drive from them. These devices are now in the hands of forensic experts and if we examine them and what we can learn from them, we can now decide which way to go. It’s because there are faces behind these guys. Legit.ng reported that it appears the Nigerian government’s directive to Google, Apple and others to remove loan sharks attacked by government agencies last week from their stores has fallen on deaf ears.

Checks from Legit.ng show that the apps are still in stores and have massive downloads of over a million each.

According to a survey, Okash, KashKash and CreditMe are owned and operated by digital payment platform Opay.